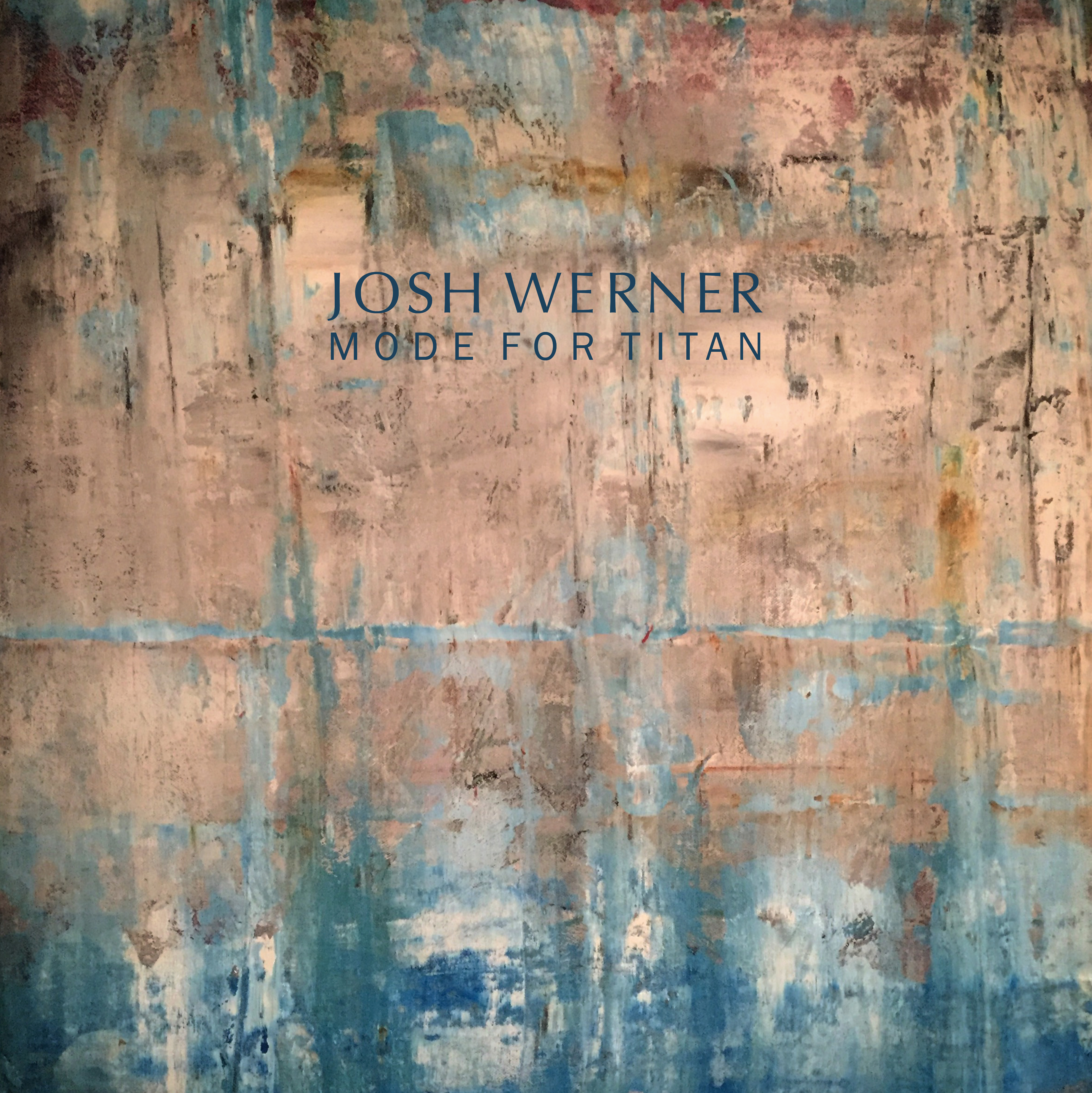 Mode for Titan proves that the bass is a melodic and ambient force in its own right. Writing on — and exclusively for — the bass, Josh Werner explores new dimensions of composition and improvisation, effortlessly moving through varying sonic textures, all without a conventional rhythm section. Producer Bill Laswell helps steer seasoned composer and performer (and abstract painter) Werner through novel instrumental territory, including the sitar bass, seven-string bass and fretless bass. The wide array of influences on Mode for Titan reflects Werner's vast experience and diverse skill set, yet the music maintains an introspective focus and understated minimalist beauty. Laswell's production endows this sonic journey with a vast sense of space, painted in an array of colors as boundless as the producer's own palette. 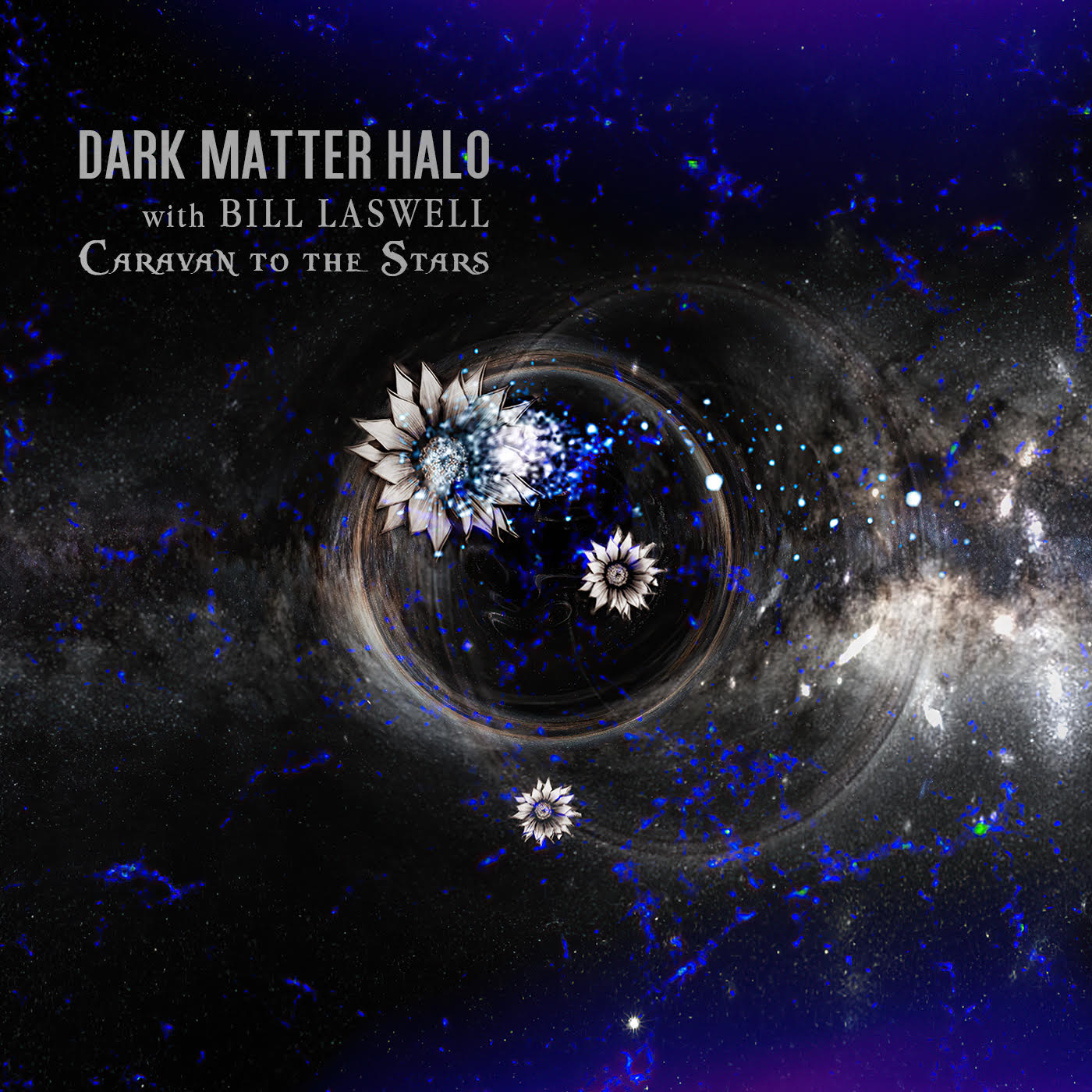 On "Caravan To the Stars", Dark Matter Halo (a.k.a. Monte Cimino) teams up with legendary bassist/producer Bill Laswell to create a landscape of warm low-end dub and dark ethereal textures that float towards the heavens. Laswell's signature bass sound is organically interwoven with Cimino and Sneeringer's analog and digital textures, ominous droning violins conjured up by Whitley and pulsating beats created by Laswell and Cimino; resulting in the sparce, yet dynamic interplay of acoustic and digital synthesis that ebbs and flows between tension, release and the unknown. Meticulously crafted from infinite possibilities of sound and feeling. Improvised texture music. Disintegration. Deconstruction. Nods to the past. Primordial memory. Focused energy towards the future. Clairvoyance. Time is that which ends. 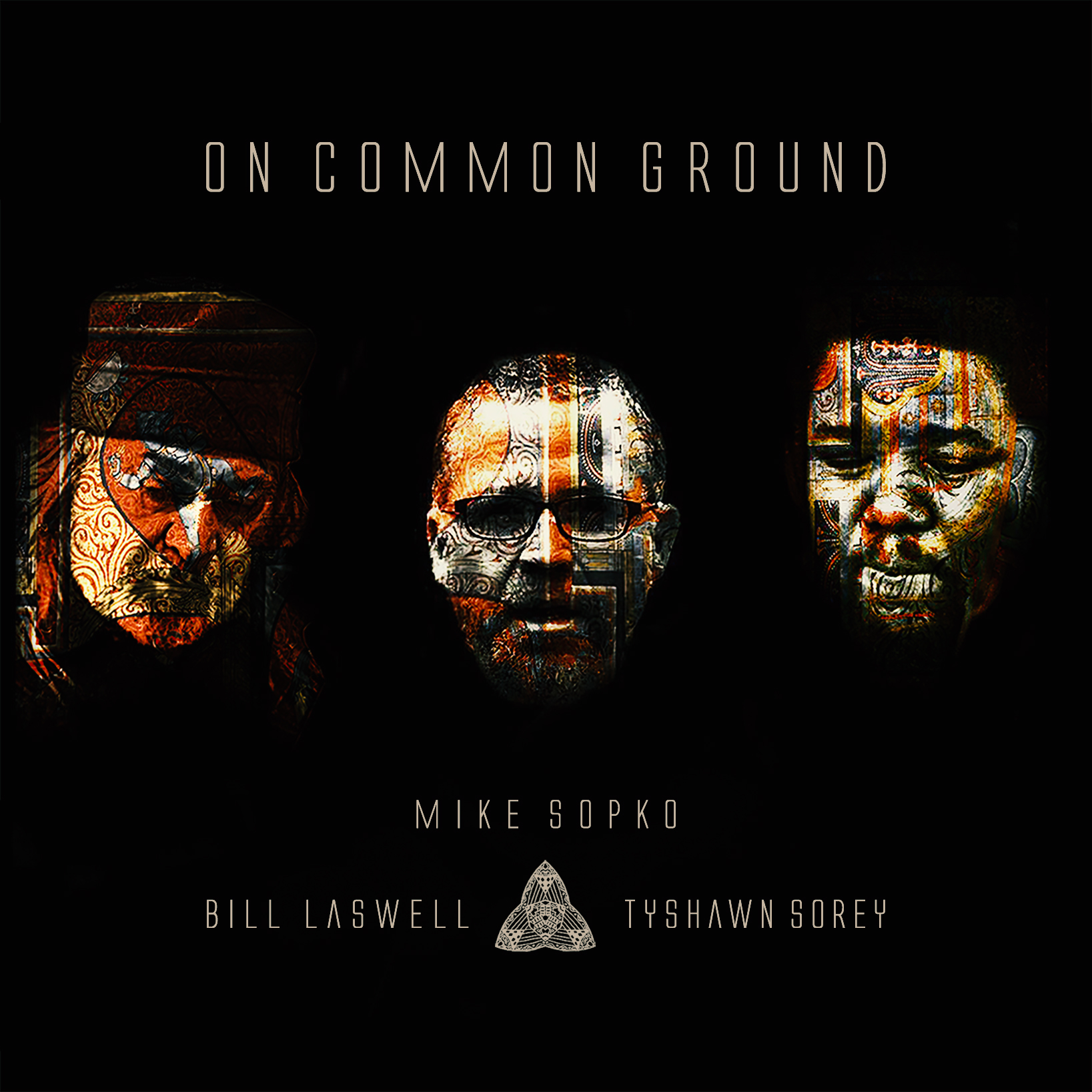 Since the days of Cream and the Jimi Hendrix Experience, the guitar/bass/drums trio has been a springboard for innovation and experimentation. In the hands of visionary tone scientists, this venerable lineup continues to be a laboratory for music of primal power and tonal subtlety.

ON COMMON GROUND features three such players, all of whom have individually created highly personal sonic universes. Mike Sopko has explored the frontiers of the guitar with Bill Laswell, Dosh, Dave King, Los Lobos, DJ Logic, and Tyshawn Sorey from bases in Oakland, California and his hometown of Cleveland, Ohio, including 2015's Sopko/Laswell/Pridgen with drummer Thomas Pridgen of The Mars Volta. Like Laswell, a fellow Midwesterner, Sopko transmutes the industrial crash and hum of his hometown into music of muscular authority. Over the last several years, no one who has followed the protean career of Tyshawn Sorey should be surprised by anything he does as a composer, instrumentalist and conceptualist. Still, the oceans of primal rhythm he conjures in the five compositions of ON COMMON GROUND open a startling new vista of his art.

Together, the sounds brought into being by these three improvisors are at once grounded in a deep inquiry of traditions that span space and time while cracking open a window onto eternal radiance.

This is fearless music, the kind that can only be made when master musicians meet ON COMMON GROUND.

Special Thanks to Oz Fritz 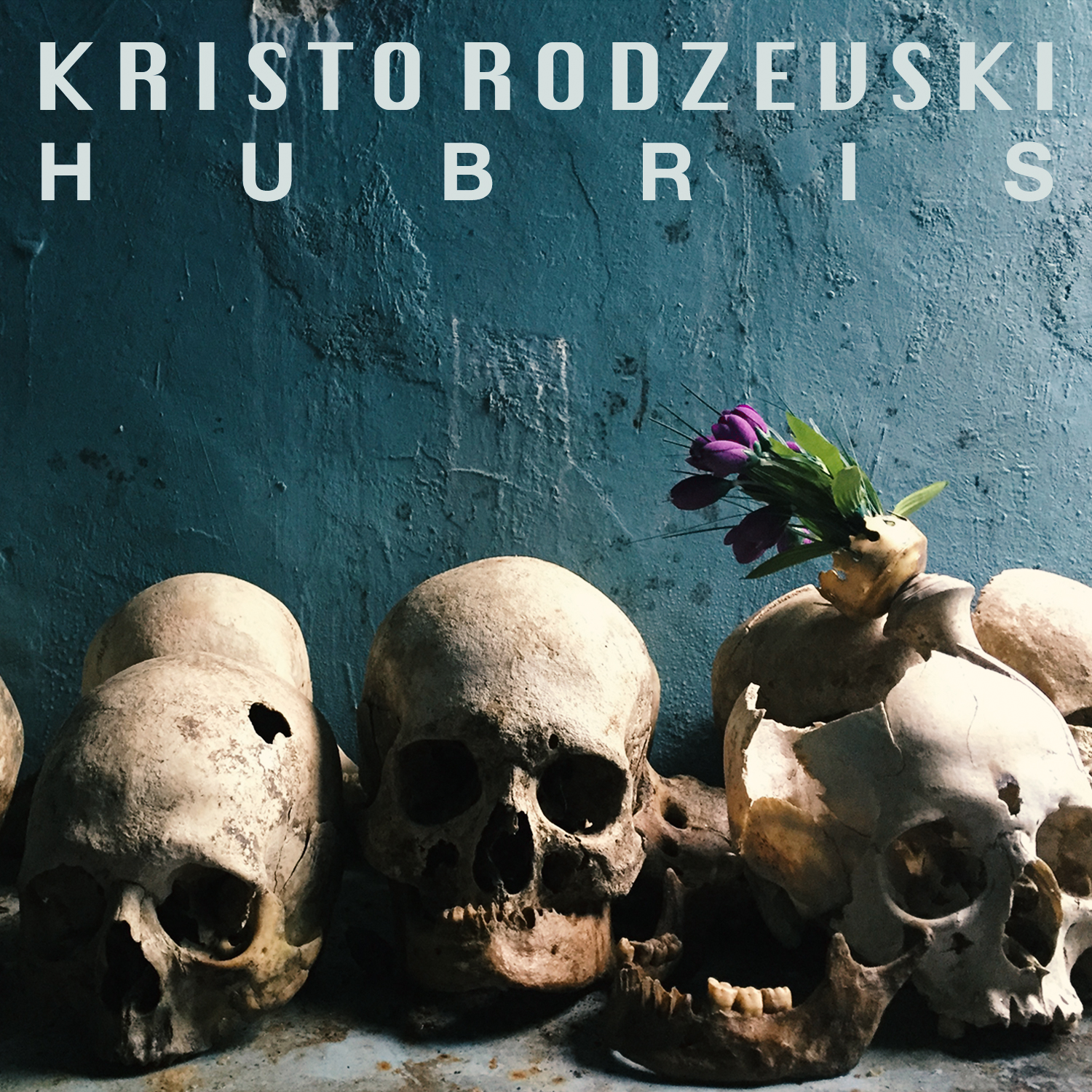 HUBRIS is the fourth album from the New York based songwriter, vocalist and guitarist Kristo Rodzevski. The album is a natural continuation from his previous free jazz/pop infused work, but includes a more hard-edged, rock sound.

Rodzevski works with his usual troupe of notable musicians from New York's avant and experimental music scene. His abrasive guitar chords provide an ominous foundation over which vulnerable vocals and deelply personal lyrics are intertwined with the scintillating, architectural electronics of Ikue Mori (DNA, Phantom Orchard), the forward driving drums of Tomas Fujiwara (Thumbscrew, Triple Double), the phantasmagorical sound of Mary Halvorson (Code Girl), and the grounding, iconoclastic bass of Bill Laswell. Richly produced to craft a singular landscape of sound by Laswell, it achieves a blended and layered effect while still allowing the songs space to breathe.

Acerbic and provocative, HUBRIS is a sonic mural, a turning, folding chimera with themes of distorted intimacy, unconscious fantasy, mortality, loss and the realities of the immigrant experience. This is life in it's unflinching wholeness - messy, sad, exhuberant and joyous. 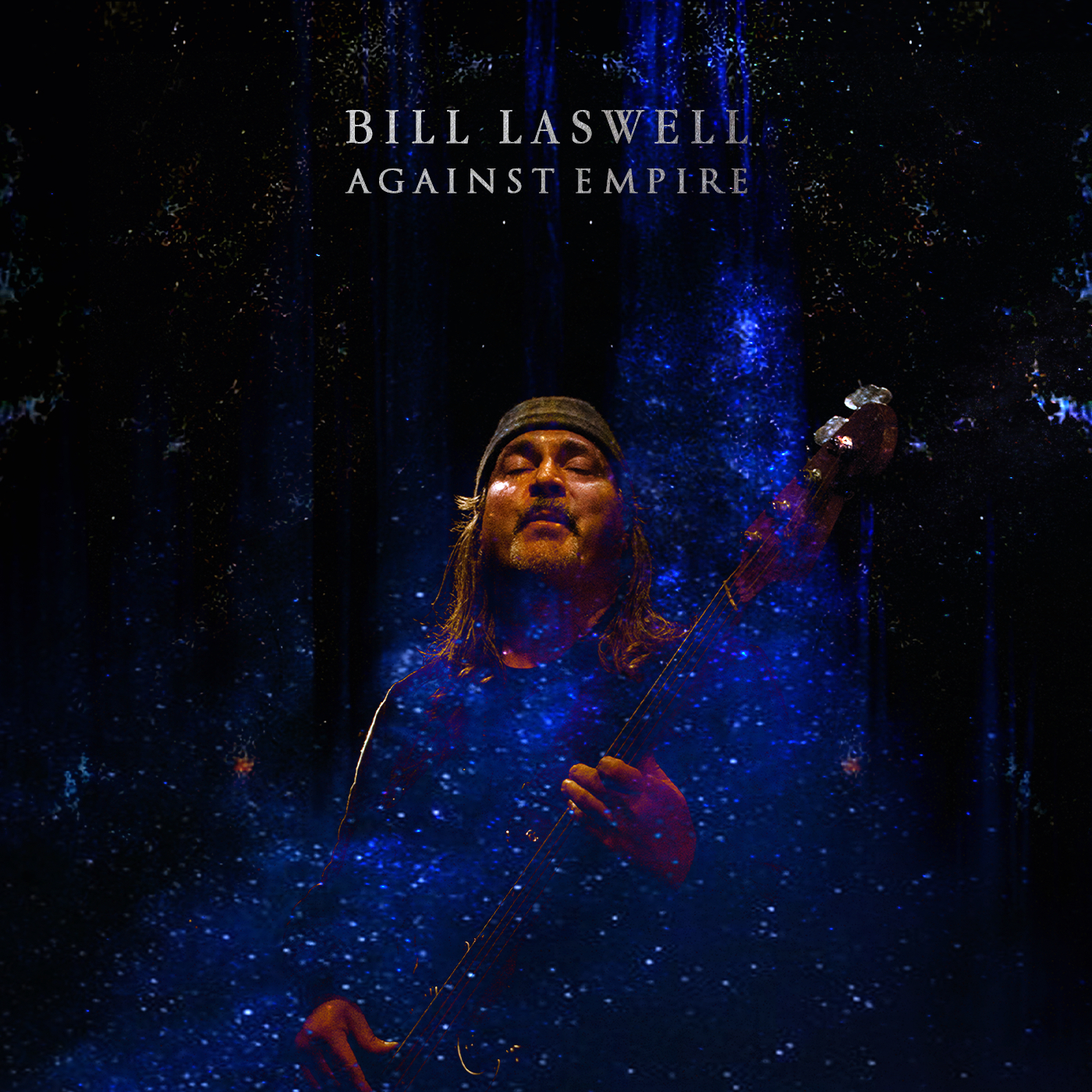 Over the course of three decades, visionary bassit/producer Bill Laswell has been one of the most prolific and restlessly creative forces in contemporary music, always a few steps ahead of the curve, EVOLUTION/REVOLUTION.

AGAINST EMPIRE, a new catagory of magical, electro/acoustic technology. Further research may shed a most revealing light on thr development of sound storage in material culture.

AGAINST EMPIRE, an iconoclast offering of multi-directional movements .... avant-jazz, rock, dub, experimental, ambient, sub-bass and on and on .... a dream colonization, a bizarre image of paradise, an imagined quality of elsewhere, constucts of the imagination, essense of difference.

Nothing is True, Everything Is Permitted

AGAINST the EMPIRE of LIES

AGAINST the ANTI-MUSIC of MEDIOCRITY

AGAINST COMPLACENCY and COMPROMISE

AGAINST SHAMELESS and UNINFORMED PRIVILEGE

AGAINST INHERENT RACISM DIRECT or INDIRECT, KNOWN or UNKNOWN